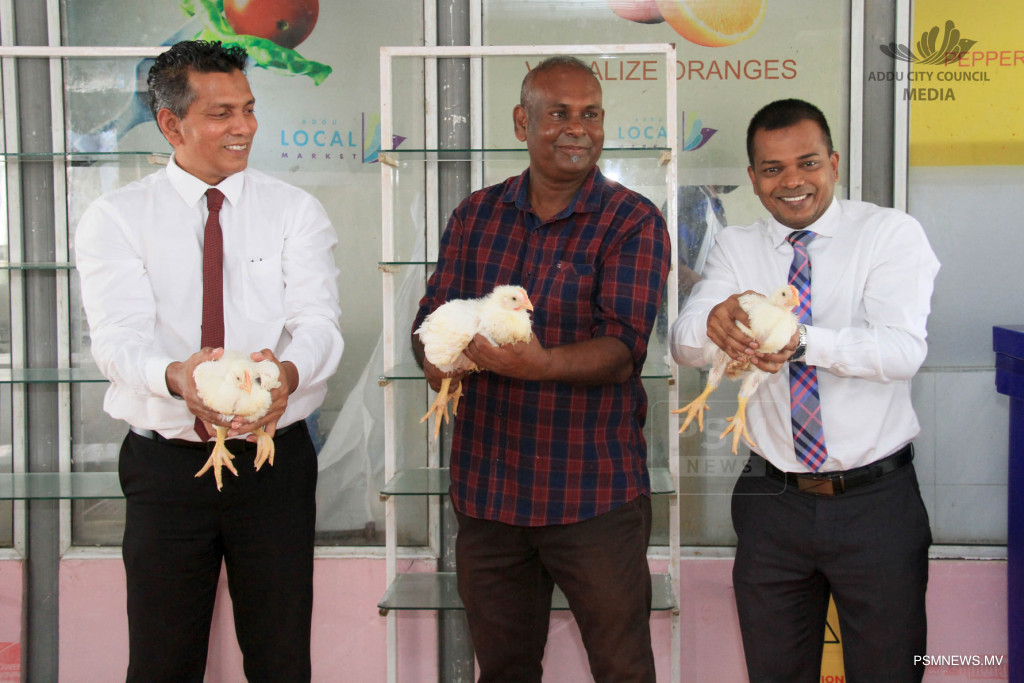 BTEC Company Private Limited has established a poultry farm in Addu City. A special ceremony at the Addu Harbour operated by BTEC Company was held to mark the commencement of live poultry sale.

The ceremony was attended by Mayor of Addu City Ali Nizar, council members, and Minister of State for Ministry of National Planning, Housing and Infrastructure Abdulla Sodiq.

Speaking at the opening ceremony of the sale of live poultry, Mayor Nizar said there are no major obstacles in bringing live animals to Addu to expand such businesses. He added international connections to Addu have been established via sea and air which eases bringing goods to the city. He also said a quarantine facility would be established within the next two to three months.

Managing Director of BTEC Company Hussain Abdulla said 5,000 eggs were brought in the first shipment and were successfully hatched, raised, and sold. He said a system has already been arranged to produce 1,000 seeds per day from the hatchery. He also said efforts are underway to expand the operation in the coming days and provide eggs for citizens as well.

Noting that although it was the initial stage of the operation, Hussain Abdulla said that a climate control system had been established on the farm to handle the live chicks and chicken. He said the system will reduce the number of people required to maintain the stock and manage everything under an automated system. He also noted that an additional location has been prepared for the operation to be expanded and that if things go according to the timeline, the sale of eggs can commence within six months.

It is the first time such a project has commenced in the Maldives on a large scale.